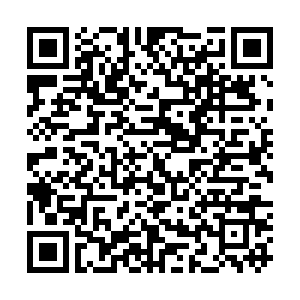 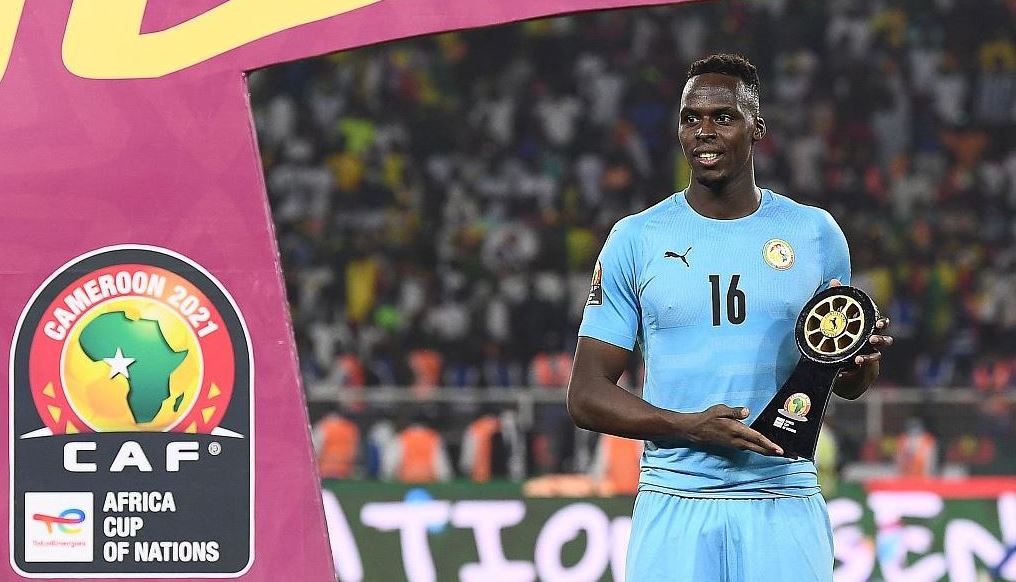 Senegal's goalkeeper Edouard Mendy poses with the goalkeeper of the tournament award after winning the Africa Cup of Nations (AFCON) 2021 final football match between Senegal and Egypt at Stade d'Olembe in Yaounde on February 6, 2022./ AFP

Senegal's goalkeeper Edouard Mendy poses with the goalkeeper of the tournament award after winning the Africa Cup of Nations (AFCON) 2021 final football match between Senegal and Egypt at Stade d'Olembe in Yaounde on February 6, 2022./ AFP

Chelsea's Senegalese goalkeeper Edouard Mendy is one step closer to winning another title to etch his name into the book of legendary shot-stoppers.

The 29-year-old has had a stellar year, winning three titles in nine months, including the recently concluded Africa Cup of Nations (AFCON), which was a first for his country.

Barely a week since the AFCON final, Mendy may line up for the Blues in the final game of the Club World Cup in Abu Dhabi, where they will play Brazilian side Palmeiras.

Should the English side win the game on February 12, Mendy would have won two prestigious titles in one week.

"Hard work, consistency, sacrifices, belief, support and hope," Mendy wrote on Instagram after the AFCON final as he posed for a picture with the AFCON title, the Best FIFA Men's Goalkeeper trophy as well as the Africa Cup of Nations Best Goalkeeper.

Indeed, nothing has come easy for Mendy.

Eight years ago, he was left without a club after departing French football fourth-tier side Cherbourg.

With no income, he applied for unemployment support to sustain himself and his family, which was growing.

His partner at the time was expecting their first baby, and Mendy knew he had to get another source of income.

As luck would have it, he was invited for trials by Marseille, and he used the opportunity to prove his worth between the sticks.

Mendy played for Marseille's B team before joining Reims, and at the age of 26 he was finally able to make his debut in Ligue 1.

His performances caught the eye of Rennes, where he stayed for one season before moving to Chelsea in the summer of 2020.

At Chelsea, he quickly rose to become the first-choice goalkeeper ahead of Kepa Arrizabalaga and has remained a reliable option for Chelsea manager Thomas Tuchel, who has played him 20 times already this season, keeping eight clean sheets.

Further down the month, Mendy will have another opportunity to lift yet another trophy when Chelsea face Liverpool in the EFL Cup final.

The Londoners are also still in contention for the UEFA Champions League. The Blues are scheduled to play French Side Lille in the Round of 16.