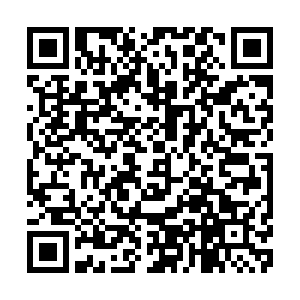 The transition to a low carbon future in sub-Saharan Africa will be realized once the continent prioritizes sustainable management of its vast tropical forests, scientists said Monday.

Speaking at a forum in the Kenyan coastal city of Mombasa, the scientists called for enhanced protection of Africa's forested landscapes given their immense role in climate response, poverty alleviation, food and water security.

"As the continent grapples with climate change, we need to look at forests as key to the success of mitigation and adaptation efforts," said Kowero, who believed that forests and trees outside the natural forests will not only stabilize climate but also support livelihoods of rural communities.

Convened by African Forest Forum, the Mombasa forum that will take place in a hybrid format from March 28 to April 1 brings together senior policymakers, scientists, industry players and green advocates to discuss best practices on integrating the forestry sector in climate action.

Delegates will in particular share experiences on forest-based climate mitigation and adaptation programs that have worked in different parts of the continent and how communities are harnessing the resource to transform their livelihoods.

Julius Kamau, the chief conservator of Forests at Kenya Forest Service, noted that climatic shocks had escalated in Africa hence the need to leverage biodiversity hotspots including mangroves swamps and watersheds in order to minimize damage to the livelihoods of rural communities.

According to Kamau, enhanced forests' protection will not only boost Africa's quest for carbon neutrality but also improve the health and economic outcomes of communities bearing the brunt of climate emergencies.

He said the 27th session of the Conference of Parties (COP27) to the UN Framework Convention on Climate Change summit slated for Nov. 7 to 18 in Egypt provides an opportunity to raise the visibility of African forest resources and their crucial role in climate resilience.

Fred Owino, a member of the African Forest Forum Governing Council, said that research and precise data were required to inform the design and execution of forestry-based climate change response in the continent.