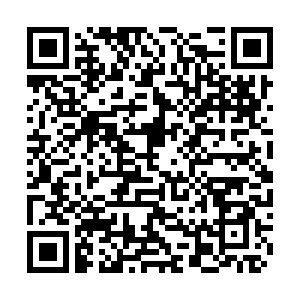 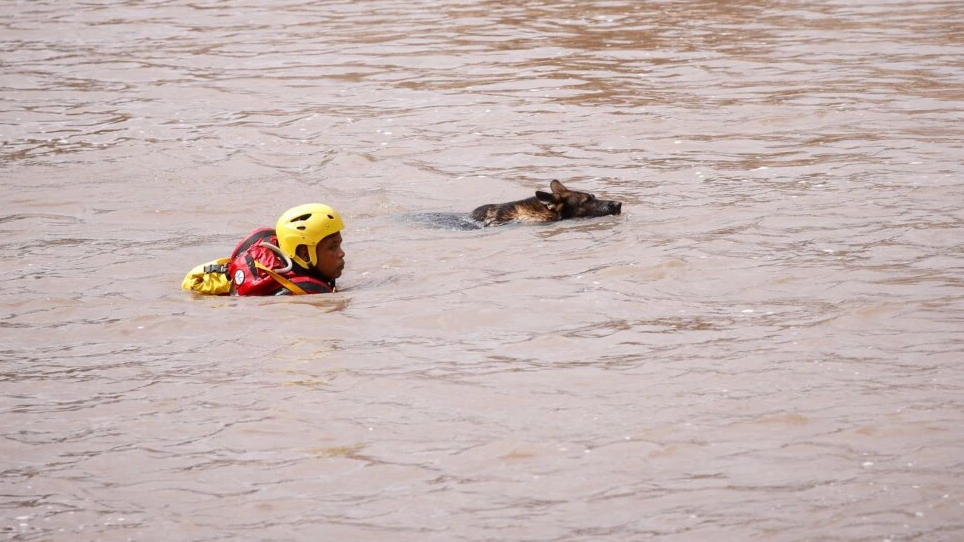 A search and rescue team member looks for bodies with the help of a dog, following torrential rains that triggered floods and mudslides, in Umbumbulu, near Durban, South Africa, April 18, 2022. /Reuters

A search and rescue team member looks for bodies with the help of a dog, following torrential rains that triggered floods and mudslides, in Umbumbulu, near Durban, South Africa, April 18, 2022. /Reuters

The South African army says it is deploying 10,000 troops to areas affected by record floods to help restore power and water, and support recovery missions. The death toll from the floods in the country’s eastern provinces has risen to more than 440. The return of rains over the weekend complicated rescue efforts and contributed to the death of at least one responder.

Officials say 14 search and rescue teams have been dispatched from Durban's Virginia Airport to recover victims of last week's deadly floods. Durban is in the hard-hit province of KwaZulu-Natal.

"The more water that's falling, the heavier the ground becomes, which causes more mudslides, which makes it a lot more dangerous for us," Trower said. "To lose somebody that is part of the team has a massive impact on everybody. We're all close to the member and to know that that has happened definitely sets everyone back and changes the tone of the rescues.”

Trower called the devastation "vast" and says it is impossible for authorities to be fully prepared for a disaster of this scale. He said he has seen the heartbreak in communities and rescuers are doing their best with the resources they have while keeping safety in mind.

"We really need to do things slowly. And hopefully, in time, we'll be able to bring everyone back and then give these families closure. But I think at the moment it is just patience. You know, it's a very difficult time. And the guys will work, they will work until the job is done.”

People across the country are coming together to donate funds and resources to the KwaZulu-Natal province.

President Cyril Ramaphosa has also cancelled plans to go to Saudi Arabia Tuesday so he can focus on the recovery.