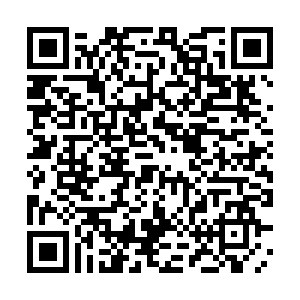 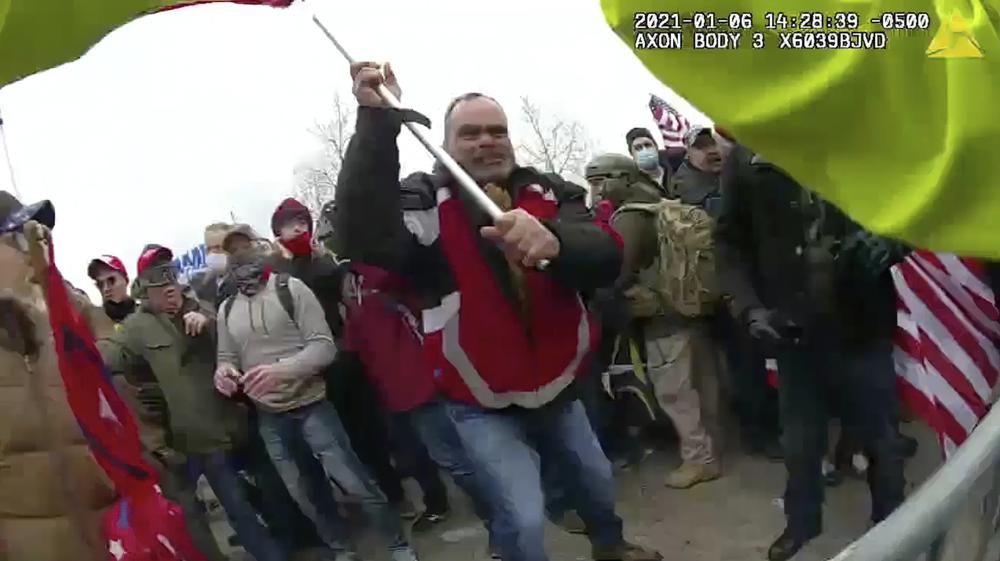 FILE: This still frame from Metropolitan Police Department body worn camera video shows Thomas Webster, in red jacket, at a barricade line at on the west front of the U.S. Capitol on Jan. 6, 2021, in Washington. /AP

FILE: This still frame from Metropolitan Police Department body worn camera video shows Thomas Webster, in red jacket, at a barricade line at on the west front of the U.S. Capitol on Jan. 6, 2021, in Washington. /AP

Jurors have heard and rejected an array of excuses and arguments from the first rioters to be tried for storming the U.S. Capitol. The next jury to get a Capitol riot case could hear another novel defense this week at the trial of a retired New York City police officer.

Thomas Webster, a 20-year veteran of the NYPD, has claimed he was acting in self-defense when he tackled a police officer who was trying to protect the Capitol from a mob on Jan. 6, 2021. Webster's lawyer also has argued that he was exercising his First Amendment free speech rights when he shouted profanities at police that day. Jury selection began on Monday and is expected to last most of the day.

An Ohio man who stole a coat rack from a Capitol office testified he was "following presidential orders" from Donald Trump. An off-duty police officer from Virginia claimed he only entered the Capitol to retrieve a fellow officer. A lawyer for a Texas man who confronted Capitol police accused prosecutors of rushing to judgment against somebody prone to exaggerating.

Those defenses didn't sway the juries at their respective trials. Collectively, a total of 36 jurors unanimously convicted the three rioters of all 17 counts in their indictments.

Webster faces the same fate if a federal judge's blistering words are any guide. U.S. District Judge Amit Mehta, who will preside over Webster's trial, has described his videotaped conduct as "among the most indefensible and reprehensible" that the judge has seen among Jan. 6 cases, with "no real defense for it.”

"You were a police officer and you should have known better," Mehta told Webster during a bond hearing last June, according to a transcript.

But a dozen jurors, not the judge, will decide the case against Webster, a U.S. Marine Corps veteran who retired from the NYPD in 2011.