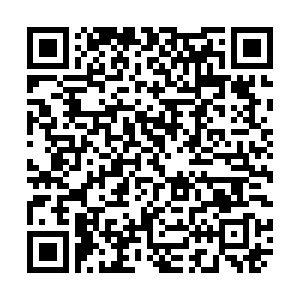 Algeria has threatened to suspend its gas exports to Spain, the latest twist in a complex triangle of diplomatic tensions between the gas supplier, the gas importer and their shared neighbor Morocco.

Spain has been in talks with Morocco about helping the North African kingdom boost its gas supplies. That could possibly be done by allowing Morocco to use processing facilities in Spain that could handle imports by ship of liquified natural gas (LNG), which could come from a variety of suppliers. Gas could then be sent to Morocco via an existing pipeline that crosses the Strait of Gibraltar.

Spain, however, also imports natural gas from Algeria. And Algeria is in the midst of a deep diplomatic freeze with Morocco, with which it shares a land border. Algeria severed ties with Morocco last August. Then it choked off one of Morocco’s sources of gas by switching off a gas pipeline that runs across their shared border.

Morocco has turned to Spain for help in trying to make up the shortfall a prospect that appears to be raising hackles in Algiers.

In a statement late Wednesday, Algeria's energy ministry warned that gas supplies it sends to Spain via a separate pipeline under the Mediterranean Sea could be suspended if the gas is then diverted elsewhere. Such a diversion could be regarded as a contract breach, "and, as a consequence, could lead to the breaking of the contract", the ministry warned.

With Spain heavily dependent on Algerian gas, its energy ministry scrambled to calm the storm, saying in a statement that "in no case will the gas acquired by Morocco come from Algeria.”

Until last October, part of the supplies of Algerian gas to Spain came via the pipeline through Morocco, which got a sliver of that supply and enough gas to produce 10 percent of its electricity. But the kingdom lost that energy source when the 25-year gas distribution agreement ended on October 31, with Algeria refusing to renew it.

Algeria still sends gas to Spain through a second, longer pipeline direct from Algeria to Almería on Spain's southeastern shore and in the form of LNG shipped in tankers.