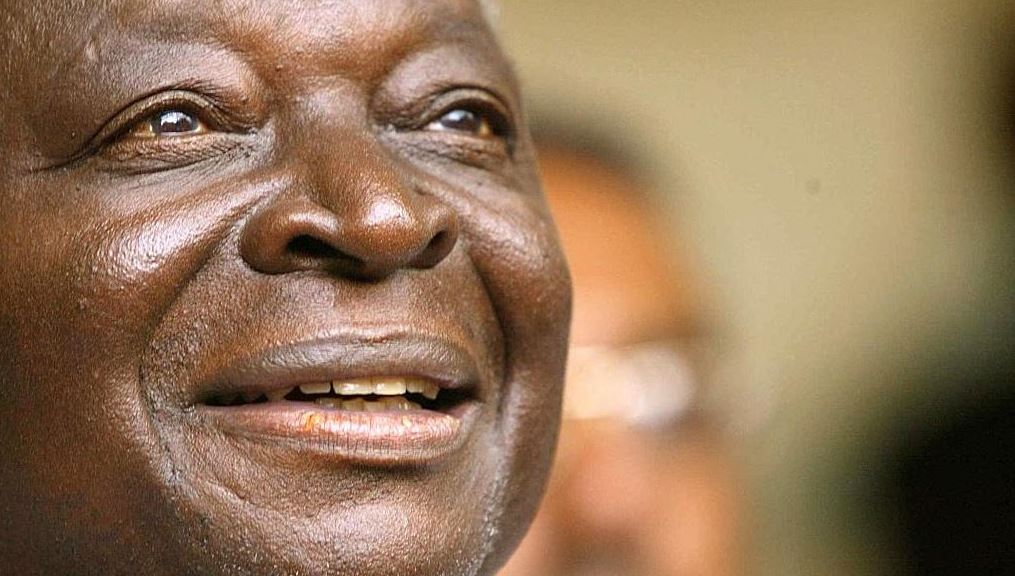 African leaders on Friday paid tribute to Kenya's former President Mwai Kibaki during a requiem mass in the capital Nairobi.

President Kibaki died aged 90 on April 22 after a long illness, ushering the east African nation into a period of mourning.

In his tribute, Ramaphosa said the late Kibaki would be remembered for the leadership that he demonstrated not only in Kenya but also in the African continent.

"He was a great statesman. We drew a lot of lessons on the way in which he led the people of Kenya and we will forever remember how great he was," said Ramaphosa.

The president said Kenya and South Africa have strong ties that would continue to be strengthened in times of happiness and grief.

"Our country was saddened by the news of the passing of Kibaki; we are here to extend and pay our last respects and send condolences to all Kenyans. We feel the pain and anguish that you are all going through but at the same time we all believe that you are collectively here to celebrate the life of a great statesman," he said.

President Zewde said Kibaki was a true friend of Ethiopia before and after his assumption of the presidency.

"During his tenure, Ethiopia and Kenya made significant strides towards improving our long-standing relationship. He laid the foundation for the signing of several agreements, including the ones for Lamu Port-South Sudan-Ethiopia-Transport (Lapsset) and Moyale one-stop border post," said Zewde.

She added that during Kibaki's time, Kenya and Ethiopia worked together for the signing of the South Sudan Peace Accord.

"The peace accord of South Sudan was signed here in Nairobi during the tenure of President Mwai Kibaki. In his honour, our country's flag is flying at half-mast," he said.

President Kenyatta, their host, termed Kibaki as one of the greatest African statesmen of his time.

"We congregate today to honor one of the founding fathers of our beloved nation; we are here not only to mourn the death of Mwai Kibaki but also to celebrate a magnificent life. Kibaki the man had an incredible gift of tolerance, had the ability to take in pressure and pain, without showing distress," he said.

He observed that Kibaki laid the foundation upon which Kenya's economic development and nationhood has been built.

"Kibaki understood that a leader who does not lead himself will be driven by his difficulties rather than his vision; he will give in to the pressure of crowds and will be pushed to make popular choices that please the crowds," he said.

He noted that Kibaki converted his political misfortunes after the 2008 post-election violence into a constitutional process.

Kibaki will be buried on Saturday in Nyeri, central Kenya.