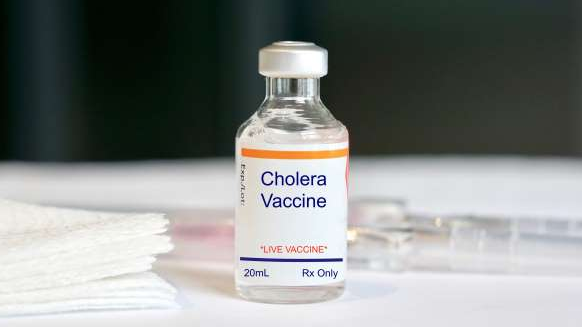 The death toll of a cholera outbreak in Nigeria, Africa's most populous country, has risen to 38 so far this year, the Nigeria Center for Disease Control (NCDC) said on Tuesday.

The country has recorded a total of 1,569 confirmed cholera cases since the onset in January, Jessica Akinrogbe, NCDC's senior emergency response officer, said at a water sanitation meeting in Abuja, Nigeria's capital.

In mid-April, the NCDC reported 31 deaths from 1,359 confirmed cases.

Cholera is a highly virulent disease characterized in its most severe form by a sudden onset of acute watery diarrhea that can lead to death by severe dehydration.

Akinrogbe said a total of 15 states have been affected by the outbreak, noting some states have failed to report cholera issues in their localities.

She said the NCDC had already deployed rapid response teams to the states to curtail the spread.

With the approaching rainy season in the country, more efforts must be geared toward preventing recurrence, the public health official said.

The health agency has been supporting states to ensure a coordinated, rapid, and effective response to the current outbreak, including the deployment of rapid response teams to support the response at the state level, provision of medical and laboratory supplies, and scale-up of risk communications among other activities.

Part of the measures so far taken by the government includes the distribution of cholera kits to hotspot local government areas, while 5,813 households received water treatment chemicals, she said, adding a total of 107 persons were trained on hygiene and sanitation promotion, water quality monitoring, water schemes operation, and maintenance, while 40 water points were chlorinated.

The cholera outbreak is frequently reported in Nigeria due to the lack of potable water supply, especially in densely populated areas.