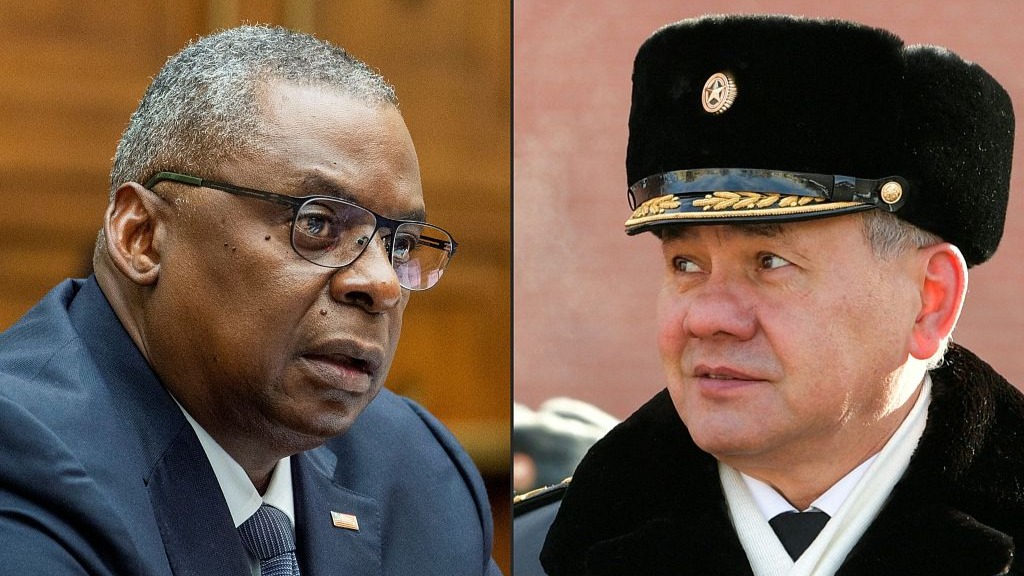 U.S. Defense Secretary Lloyd Austin and Russian Defense Minister Sergey Shoigu spoke over the phone on Friday in their first call since Russia launched a military operation in Ukraine.

A U.S. official, quoted by Reuters on condition of anonymity, described the tone of the hour-long conversation as "professional."

Pentagon Press Secretary John Kirby said in a brief statement that Austin "urged an immediate ceasefire in Ukraine and emphasized the importance of maintaining lines of communication."

Russia's TASS news agency quoted the Russian defense ministry as saying that the call happened "at the initiative of the American side."

"Topical issues of international security were discussed, including the situation in Ukraine," TASS said, quoting the ministry.

Washington and Moscow established a hotline in early March to "prevent miscalculation, military incidents, and escalation."

The "deconfliction" hotline is an open phone line based at the European Command's headquarters and falls under Air Force General Tod Wolters, who leads all U.S. forces in Europe.

(Cover: Residents evacuated from Mariupol arrive at a temporary accommodation facility in Bezymennoye, Ukraine, May 6, 2022. /CFP)