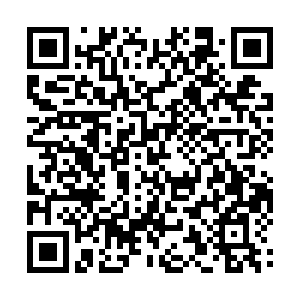 Signage outside the International Monetary Fund (IMF) headquarters in Washington, DC, US, on Tuesday, April 19, 2022. (Photo by Al Drago/Bloomberg via Getty Images)

Signage outside the International Monetary Fund (IMF) headquarters in Washington, DC, US, on Tuesday, April 19, 2022. (Photo by Al Drago/Bloomberg via Getty Images)

The International Monetary Fund (IMF) projected that Gabon's economic outlook for 2022 will grow 2.8 percent compared to 1.5 percent in 2021, as the country continues its gradual recovery from the 2020 recession.

The projection was announced by the IMF mission chief to Gabon Boileau Loko, following a nine-day visit to the country that ended on Friday.

In a statement at the end of the visit, Loko warned that the intensification of the conflict in Ukraine and its effects on global growth, the resurgence of the COVID-19 pandemic, and a reversal in oil price present risks for Gabon's economic recovery.

"Under the difficult circumstances resulting from the pandemic, performance against quantitative program targets was mixed. Public finances in 2021 were marked by underperformance in non-oil revenues and some overspending on subsidies given the price freeze on petroleum products at the pump. The execution of public investment was overall below forecasts despite an overrun in domestically financed capital spending. A significant fall in externally financed capital spending has helped contain the deficit at 7.1 percent of non-oil GDP, as originally planned," he said.

Loko pointed out that the IMF mission was pleased to note Gabon authorities' determination to continue to mobilize non-oil revenue and improve public financial management.

He added that the mission and Gabon authorities agreed on the urgency of reducing tax exemptions and expenditures.

The IMF mission chief also said the two sides agreed on the need to protect the most vulnerable from the increase in oil and food prices.

"In this regard, IMF staff encourages the authorities to continue subsidizing only the pump prices of kerosene and butane, the two products most widely consumed by the most disadvantaged segments of the population," said Loko.