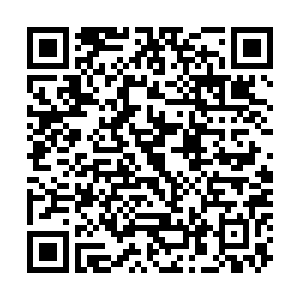 Tunisians queue to purchase bread at a bakery in the El Menzah area of ​​Tunis on February 27, 2022. (Photo by FETHI BELAID via CFP)

Tunisians queue to purchase bread at a bakery in the El Menzah area of ​​Tunis on February 27, 2022. (Photo by FETHI BELAID via CFP)

The Middle East and North Africa (MENA) region has been hit by a sharp increase in commodity import prices triggered by the ongoing conflict in Ukraine, the International Monetary Fund (IMF)said on Tuesday.

According to the financial institution, oil importing countries have particularly been hit hard by the increase, which in turn has caused an increase in the cost of living.

According to the IMF's latest World Economic Outlook, oil prices are expected to settle at an annual average of around $107 in 2022, up $38 from 2021, after leaping to a peak of $130 per barrel after Russia launched its military operation in Ukraine.

"This surge in prices comes at a precarious time for the region's recovery. In our Regional Economic Outlook, we revised up our forecast for growth in the Middle East and North Africa as a whole by 0.9 percentage points to 5 percent, but this reflects improved prospects for oil exporters helped by rising oil and gas prices," the IMF said.

"For oil-importing countries, we marked down our projections, as higher commodity prices add to the challenges stemming from elevated inflation and debt, tightening global financial conditions, uneven vaccination progress, and underlying fragilities and conflict in some countries."

The lender noted that higher inflation is one of the most direct impacts of rising commodity prices.

It pointed out that food prices accounted for about 60 percent of 2021's increase in headline inflation in the MENA, excluding the countries of the Gulf Cooperation Council.

"Hence, we project inflation to remain elevated in the region in 2022 at 13.9 percent—a significant upward revision relative to our previous projections in October," it said.