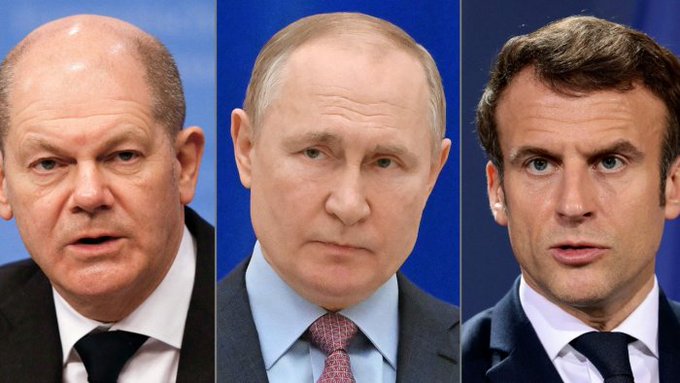 The leaders held a phone conversation earlier in the day with a spotlight on the Ukraine and food crises, and also they agreed to stay in touch.

"The leaders will continue to hold talks over the phone," the Kremlin spokesman said when asked about how the contacts would continue and whether a face-to-face meeting, for example, was implied.

According to the Kremlin, Putin had told Macron and Scholz about the efforts to reestablish a peaceful life in Donbass, while emphasizing Moscow's willingness to continue negotiations with Kiev and informed about the dangers of "pumping up" Ukraine with Western weapons.

TASS reported that Putin also pointed out that the problems with food supplies had been caused by the anti-Russian sanctions and other mistakes of the West. However, he assured that Moscow "is ready to help find options for unhampered exports of grain, including exports of Ukrainian grain from the Black Sea ports."