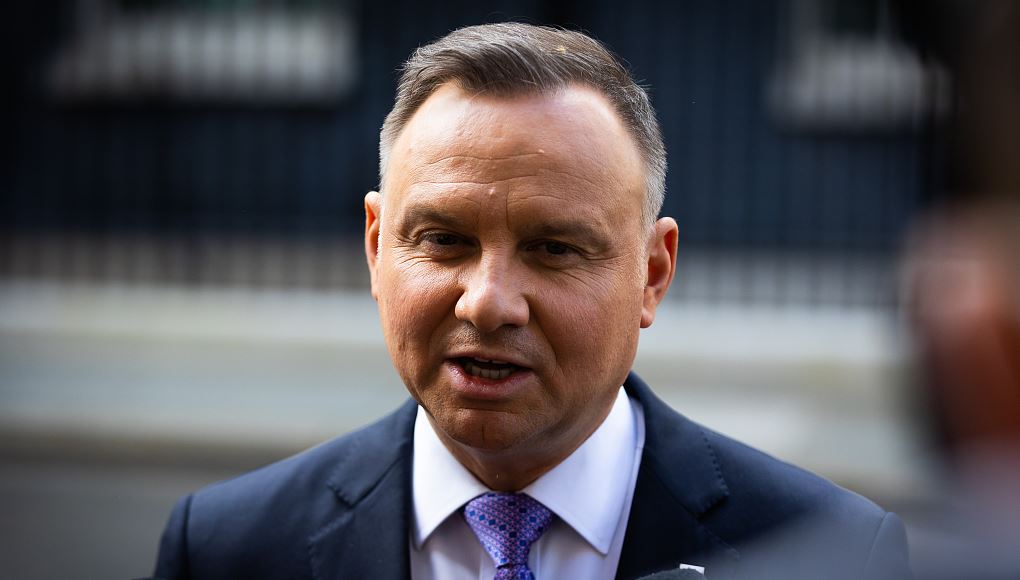 Egyptian President Abdel-Fattah al-Sisi met with his visiting Polish counterpart Andrzej Duda in Cairo for talks on various issues, including the ongoing conflict in Ukraine.

The Polish President, accompanied by First Lady Agata Kornhauser-Duda, arrived in Egypt on Sunday for a three-day visit of the North African country.

In a joint press briefing after their talks, Egyptian President said discussions had covered the conflict in Ukraine, which he said casts a shadow over the entire global economy and threatens food security in various countries of the world.

"Egypt's perspective was also reviewed as well as its position to address all means in founding calm, reaching a peaceful solution to the conflict and exerting all efforts to achieve this, whether on the bilateral, regional or international levels," the Egyptian President spelled out.

Despite international pressure and calls for an end to the conflict, the two sides continue to engage more than three months on.

Egypt is pushing for an Arab League initiative to create a ministerial communication committee to lead mediations between Russia and Ukraine.

In April, the group visited Moscow and Warsaw to meet with the two countries' foreign ministers to urge all parties to calm and give priority to dialogue and negotiation until a settlement is reached in order to prevent the scourge of war and its dire economic effects.

The Egyptian President noted that President Duda's visit marks the beginning of a new era of cooperation and coordination between their two countries in order to further strengthen and deepen bilateral relations.