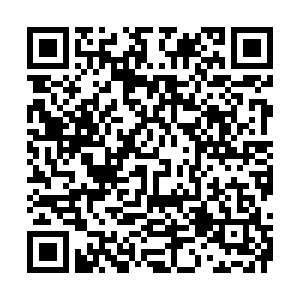 The United Nations relief envoy in Somalia has launched a new allocation of 20 million U.S. dollars from the Somalia Humanitarian Fund (SHF) to provide immediate assistance to communities at risk of famine in priority locations.

Adam Abdelmoula, the UN Resident and Humanitarian Coordinator for Somalia, said a disaster is unfolding in Somalia due to severe drought which is ravaging several parts of the country.

"In several areas, the risk of famine has increased, and scores of Somalis are on the brink of catastrophe," Abdelmoula said in a statement issued on Thursday evening in Mogadishu, the capital of Somalia.

According to the UN, Somalia is the most drought-impacted country in the Horn of Africa. At least 6.1 million people have been affected, of whom 771,000 have abandoned their homes in search of water, food, and pasture.

The UN said at least 1.5 million children are facing acute malnutrition, and over 3,170 acute watery diarrhea (AWD)/cholera and 2,460 measles cases have been confirmed since January.

"I am concerned that a huge number of people will starve to death unless we rapidly scale up the delivery of humanitarian assistance to those most affected," Abdelmoula said.

The UN said the 2022 Somalia Humanitarian Response Plan, which seeks 1.5 billion dollars to assist 5.5 million people, has only received 18 percent of required funding (nearly 260 million dollars) as of May 31 despite increasing needs.

In February, the UN said SHF allocated 25 million dollars to mitigate the impacts of severe drought while about 836,000 people benefitted through multi-sectoral integrated interventions.

Abdelmoula said the new allocation will focus on underserved, hard-to-reach areas and complements the 14 million dollar Rapid Response grant from the UN Central Emergency Response Fund (CERF) that aims to address the worsening food crisis and multi-sectoral needs of communities severely affected by the drought.

"We are running out of time. Unless we act now, we are likely to experience the worst outcomes in coming months," Abdelmoula said.