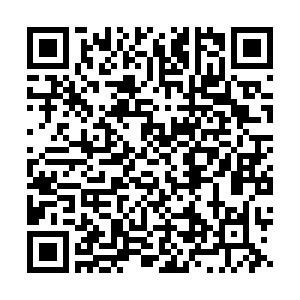 U.S. President Joe Biden speaks while hosting a dinner at the Getty Villa for leaders and their spouses at the Summit of the Americas, in Los Angeles, California, U.S., June 9, 2022. /Reuters

U.S. President Joe Biden speaks while hosting a dinner at the Getty Villa for leaders and their spouses at the Summit of the Americas, in Los Angeles, California, U.S., June 9, 2022. /Reuters

The United States on Friday unveiled a long list of measures to confront the migration crisis as President Joe Biden and fellow leaders prepared to issue a joint declaration thrashed out at a fractious Summit of the Americas.

The White House touted a series of actions agreed by countries across the Western Hemisphere and Spain, including programs to take in more guest workers and to provide legal pathways for people from poorer countries to work in richer ones.

The Biden administration, faced with a record flow of illegal migrants at its southern border, pledged hundreds of millions of dollars in aid for Venezuelan migrants across the region, renewed processing of family-based visas for Cubans and Haitians and eased the hiring of Central American workers.

The announcements on the final day of the Los Angeles summit are part of a U.S.-led pact dubbed the "Los Angeles Declaration" and aimed at creating incentives for countries taking in large numbers of migrants and spreading responsibility across the region. But some analysts are skeptical that the pledges, some of which appear mostly symbolic, are meaningful enough to make a significant difference.

At the summit's opening session on Thursday, leaders from Argentina and tiny Belize took to the podium to rebuke Biden face-to-face over the guest list, underscoring the challenge the global superpower faces in restoring its influence among poorer neighbors.