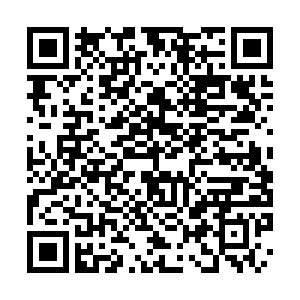 Protesters hold placards during a "March for our lives" rally for gun control in Parkland, Florida, U.S., June 11, 2022. /REUTERS

Protesters hold placards during a "March for our lives" rally for gun control in Parkland, Florida, U.S., June 11, 2022. /REUTERS

Hundreds of demonstrators were rallying in Washington, D.C., and across the United States on Saturday, calling on lawmakers to pass legislation aimed at curbing gun violence following last month's massacre at a Texas elementary school.

March for Our Lives (MFOL), the gun safety group founded by student survivors of the 2018 massacre at a Parkland, Florida, high school, said it has planned more than 450 rallies for Saturday, including in New York, Los Angeles and Chicago.

In Washington, hundreds of people steadily arrived at the National Mall near the Washington Monument under light rain.

The organization's 2018 march on Washington, weeks after 17 people were killed at Marjory Stoneman Douglas High School in Parkland, brought hundreds of thousands of people to the nation's capital to pressure Congress to take legislative action, though Republican opposition has prevented any new limits on guns from passing the U.S. Senate.

This year's event in Washington has a simple message to political leaders, according to organizers: Your inaction is killing Americans.

A gunman in Uvalde, Texas, killed 19 children and two teachers on May 24, 10 days after another gunman murdered 10 Black people in a Buffalo, New York, grocery store in a racist attack.

The latest mass shootings have added new urgency to the country's ongoing debate over gun violence, though the prospects for federal legislation remain uncertain.