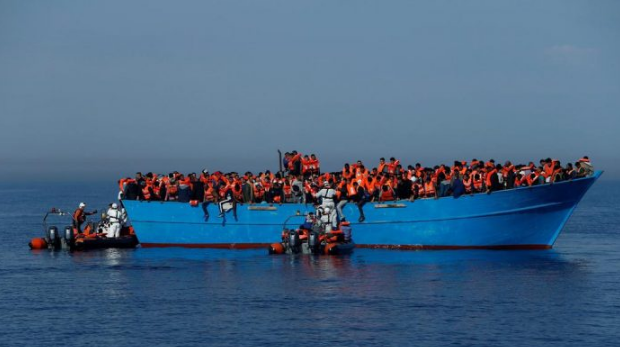 At least five migrants drowned and another 66 were rescued on Thursday after a suspected human smuggling boat dropped the group off in waters near an uninhabited island west of Puerto Rico, officials said.

Federal and local authorities were still on the scene searching for survivors or others who might have drowned, U.S. Coast Guard spokesman Ricardo Castrodad told The Associated Press. It wasn't immediately clear how many people were aboard the boat.

Castrodad said said 41 men and 25 women survived, including two children. The age and nationality of those who died and were rescued were not immediately known.

Jeffrey Quiñones, spokesman for U.S. Customs and Border Protection, did not immediately return a message for comment.