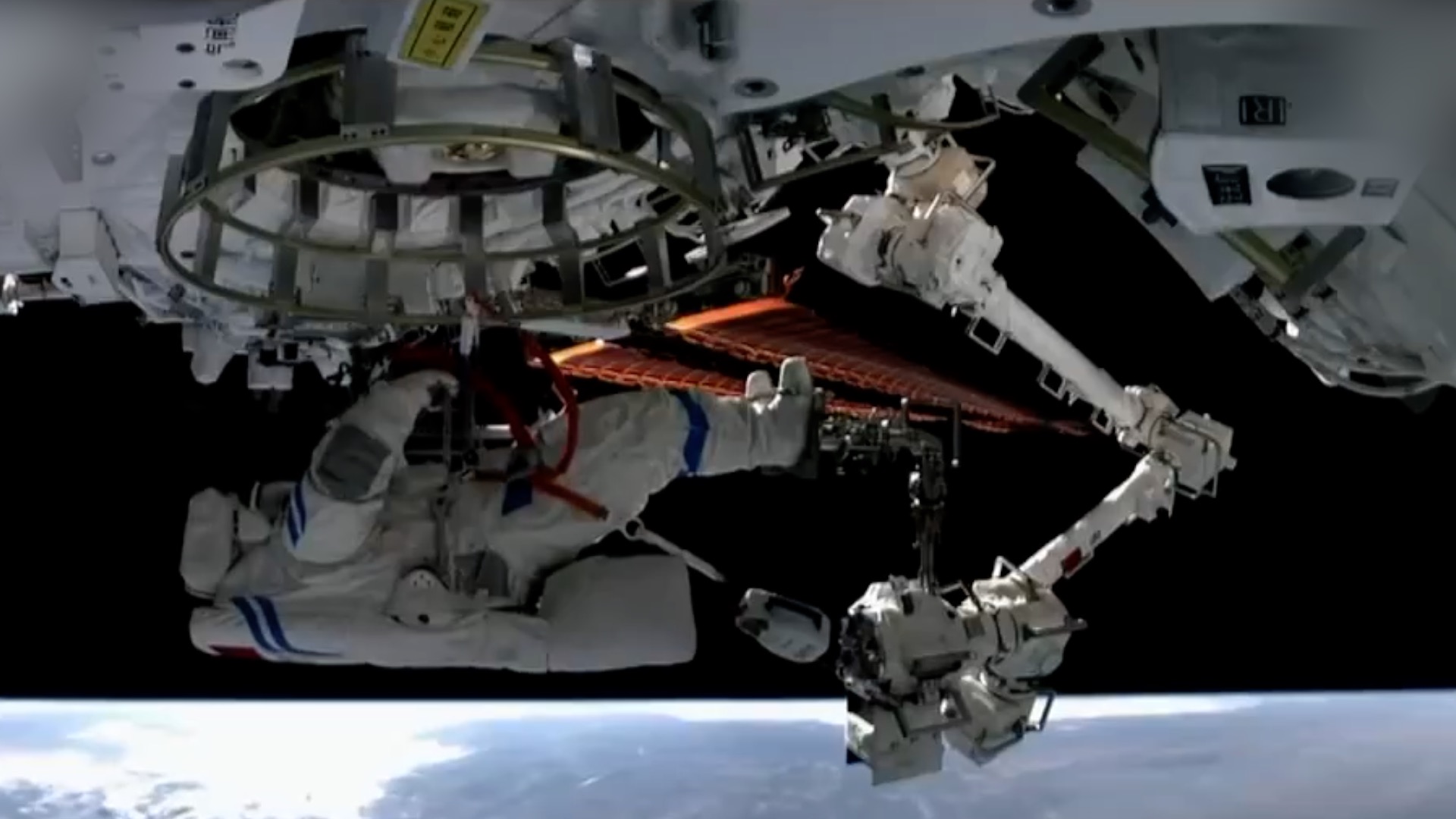 China's Shenzhou-14 astronauts, or taikonauts, successfully completed their first extravehicular activities (EVAs) at 00:33 (Beijing Time) on Friday, which lasted about six hours, according to the China Manned Space Agency (CMS).

Taikonaut Chen Dong and Liu Yang, who went outside the cabin, returned safely to the Wentian lab module of the space station after completing all the scheduled tasks.

This was the first time that the taikonauts exited from the airlock cabin of the new Wentian lab module and carried out the EVAs with the help of the small robotic arm, said the CMS.

Under the coordination between space and Earth, and coordination with taikonaut Cai Xuzhe inside the lab module, Chen and Liu completed a series of tasks, including the installation of the extended pump set of the Wentian lab module, lifting the lab module's panoramic camera, and the verification of capability for independent transfer and emergency return to the spacecraft.

The EVAs tested the cooperation ability between taikonauts and the small mechanical arm, and tested the function and performance of Wentian's airlock cabin and support equipment related to EVAs, the CMS said.

China launched the Shenzhou-14 spaceship on June 5, sending the three taikonauts to its space station combination for a six-month mission. 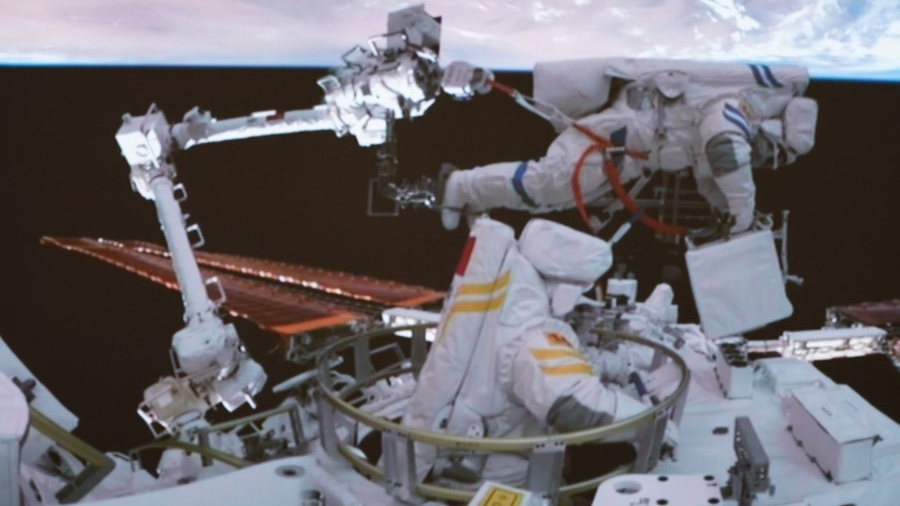 This is the fifth spacewalk that has been conducted outside China's space station. Experts say it has been one of "new people, new module, new status."

Yin Rui, Deputy Chief Commander of the Astronaut System with the CMS, said the spacewalk was a complete success.

"It's like what we've said before. From the very start, we had a plan, and we worked across systems to make it happen one concrete step at a time," he told CGTN.

"This is the first spacewalk from the current two-module space station assembly," Zhang said. "From now on, EVAs will mostly be done from the Wentian lab module's airlock cabin. Future preparations for spacewalks will be done more easily. Since supportive equipment and the small robotic arm have been tested out this time, we are now in a better place for future spacewalks."