Download
Zimbabwe's GDP to decline by half in 2022: IMF
CGTN 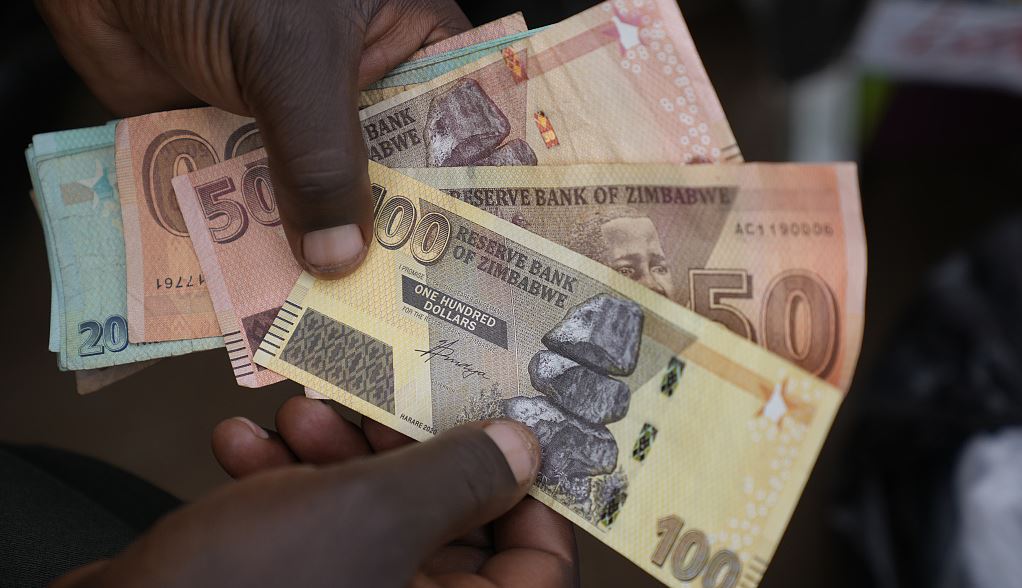 Zimbabwe's Gross Domestic Product (GDP) growth is expected to decline by about half of its 2021 levels to around 3.5 percent in 2022, the IMF said after a delegation completed a mission to the Southern African country on Monday.

The lender attributed the decline to a slowdown in agricultural and energy outputs owing to erratic rains and rising macroeconomic instability, amidst a recovery in mining and tourism.

The IMF pointed out that uncertainty remains high, and the country's outlook will depend on the evolution of external shocks, the policy stance, and implementation of inclusive growth-friendly policies.

"The IMF mission notes the authorities' efforts to stabilize the local foreign exchange market and lower inflation. In this regard, the recent tightening of monetary policy and the contained budget deficits are policies in the right direction and have contributed to the narrowing of the parallel market exchange rate gap," IMF delegation head Dhaneshwar Ghura said.

Zimbabwe's economy has been on a downward trajectory for nearly two decades.

The IMF said renewed price and exchange rate depreciation pressures emerged, notably in the second quarter of 2022, with inflation in August reaching 285 percent over a year earlier.

The Washington-based lender provides Zimbabwe with extensive technical assistance in the areas of economic governance and financial sector reforms, as well as macroeconomic statistics. It is however precluded from providing financial support to Zimbabwe due to unsustainable debt and official external arrears.