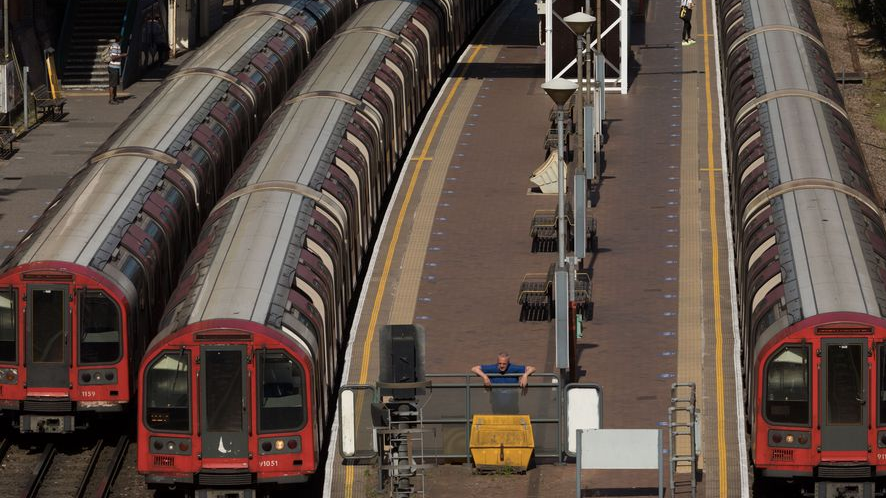 Thousands more rail workers will strike next month as a long-running dispute over pay and conditions continues to cause industrial unrest across the country.

The Transport Salaried Staffs Association (TSSA) announced thousands of its workers and a number of train operators will walk out on 1 October.

On the same day, members of the Rail, Maritime and Transport union (RMT) and Aslef are striking as well, risking a complete shutdown of the UK's rail system the day before the London Marathon and the opening of the Conservative Party Conference in Birmingham.

Stoppages are also being held on 5,6 and 8 October, which will include walk outs by staff working in ticket offices, stations and control rooms as well.

The RMT said the strike on 8 October will affect its members at Network Rail and 15 train operators.

Unite has said its members employed in Network Rail's electric control rooms will also take part in strikes on 1, 5 and 8 October.

After the Queen's death on 8 September, TSSA cancelled strike dates scheduled for the September month.

The union has called for a guarantee of no compulsory redundancies, a pay rise to cope with the cost of living crisis and no changes to terms and conditions that have not been pre-agreed.

General secretary Manuel Cortes said: "We do not take this action lightly. We would much rather find a fair negotiated solution to this now long-running dispute, but we simply have no choice.

On Friday, Chancellor Kwasi Kwarteng announced that the government will "legislate" to require unions to put pay offers to member vote to make sure strikes can only be called once negotiations have "genuinely broken down".