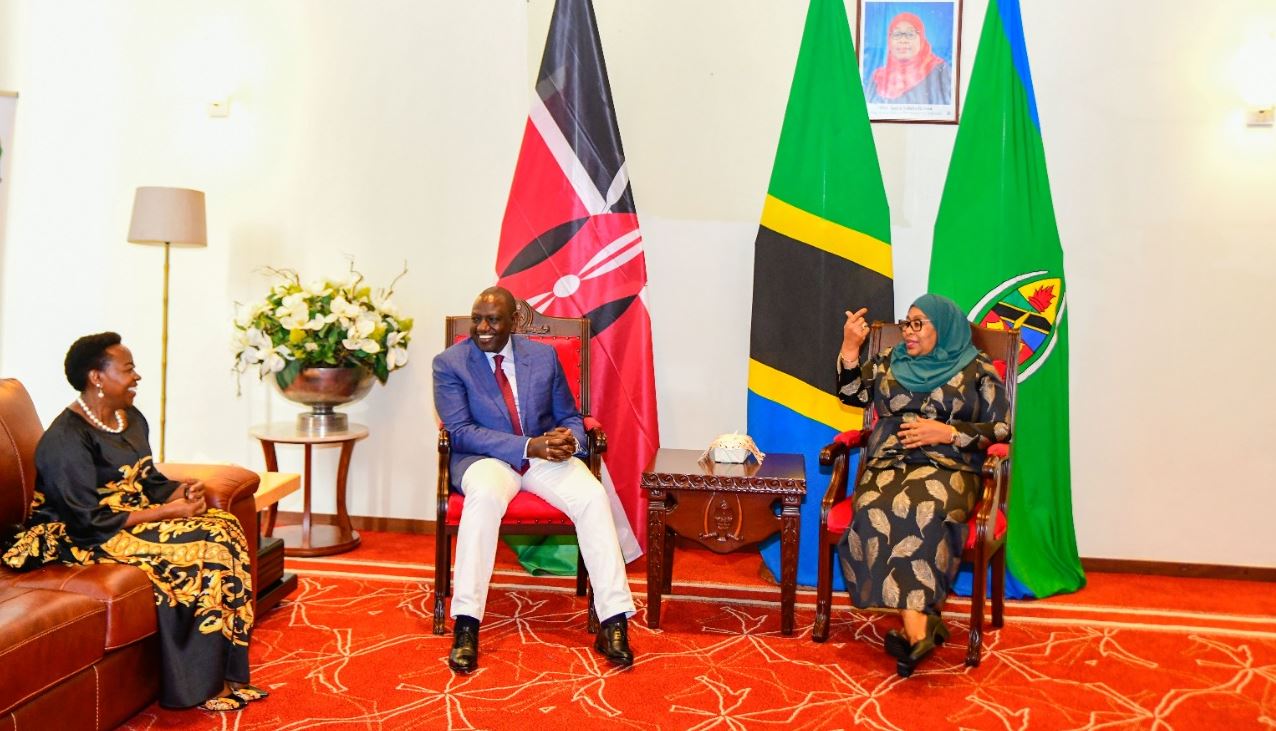 Tanzanian President Samia Suluhu and her Kenyan counterpart William Ruto on Monday tasked relevant government officials in their two countries to work towards eliminating barriers that hinder trade between the two countries.

The two leaders made the call at a joint press briefing in Dar es Salaam, where they held bilateral talks.

The two East African countries were embroiled in trade disputes for months under the administrations of former presidents Uhuru Kenyatta (Kenya) and John Magufuli (Tanzania).

The issues started easing up when President Suluhu succeeded Magufuli in March 2021.

In her speech on Monday, the Tanzanian Head of State acknowledged that 68 trade barriers were identified and  54 non-tariff barriers were eliminated, but 14 barriers still exist.

"I want our ministers for trade and investment to meet urgently to work on the 14 barriers so that we can have wider freedom to conduct trade," said President Suluhu.

On his part, President Ruto attributed the improvement in trade relations between Tanzania and Kenya to the goodwill by President Suluhu's administration, noting that it had helped increase between the two countries.

"We want to ask our officials, the ministers who are here and other technocrats, the remaining 14 or so barriers, by December this year, we should have concluded that process, so that we can allow our people to trade in a better environment so that we can reap the benefits of trade across our borders between our business people, our entrepreneurs and our investors," Ruto added.