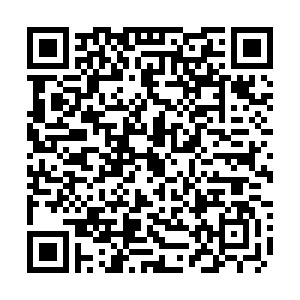 The United Nations Office for the Coordination of Humanitarian Affairs (UNOCHA) has warned over the spread of the cholera outbreak in the southeastern part of Ethiopia amid growing cases.

The UNOCHA, in its latest situation update report issued late Thursday, said as of Oct. 10, some 191 cholera cases were reported in three districts of the Bale zone, including Harana Buluk, Berbere, and Delo Mena.

It said four associated deaths were reported during the stated period, with a cumulative case fatality rate of 2.09 percent.

The first cholera case was reported in Harana Buluk district on Aug. 27. On Sept. 18, Berbere district became the second reporting cholera cases, followed by Delo Mena district where suspected cases were reported on Oct. 3, according to the UNOCHA.

The UNOCHA said that the use of unsafe water from contaminated water points is the most likely cause of this outbreak.

Limited access to water and sanitation services, poor hygiene practices that include open defecation, as well a lack of water treatment options are among the factors that have contributed to the rapid spread of the disease across these three districts, it said.

Figures from the UNOCHA show that new suspected cases are reported daily in the three affected districts. Presently, there are 15 active cases in the existing Cholera Treatment Center across the three districts, with 71 percent of the patients experiencing severe dehydration symptoms.

Due to people's mobility, the UNOCHA warned that there is a high risk that the outbreak could propagate into bordering zones, including Southern and Eastern Oromia, the Southern Nations, Nationalities and People's Region, and Somali Region. The Bale zone remains one of the most drought-affected areas with increasing malnutrition cases and reports of a measles outbreak.

The International Federation of Red Cross and Red Crescent Societies (IFRC) recently indicated that the latest cholera outbreak is drought-related as Ethiopia is currently experiencing one of the most severe droughts in recent history.

The IFRC said the drought-related cholera is due to a number of compounding factors, which includes the limited accessibility and availability of safe drinking and cooking water, particularly in rural areas where many people are exposed to untreated water sources.