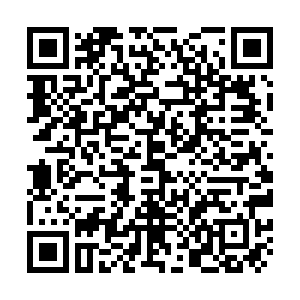 Red Cross workers don PPE prior to burying a 3-year-old boy suspected of dying from Ebola on October 13, 2022 in Mubende, Uganda. /Getty Images

Red Cross workers don PPE prior to burying a 3-year-old boy suspected of dying from Ebola on October 13, 2022 in Mubende, Uganda. /Getty Images

Ugandan President Yoweri Museveni imposed a 21-day lockdown on Mubende and Kassanda Districts in central Uganda to contain the country's active Ebola outbreak, which has already claimed 19 lives so far.

Museveni announced the lockdown among other restrictions on Saturday as he outlined Uganda’s plan to tackle the outbreak which was first reported on September 20.

"People travelling across Mubende and Kassanda are permitted to move only after obtaining police clearance and not allowed to stop or pick up a person in the two districts.

"Any cargo to be dropped in those districts shall be dropped only during the day not beyond 5pm. If someone does so, he or she must stay there for 21 days," he added.

The President also announced other restrictions that were previously deployed to curb the spread of COVID-19, including the closure of entertainment joints and places of worship. With funerals to be administered strictly by health workers.

Uganda's new health measures come as other African countries have also heightened their health surveillance systems in efforts to stop the importation and spread of the Ebola virus.

Last week, Ministers of Health and government representatives from nine African countries agreed on joint measures to stop the potential spread of the virus.

The officials met at a High-Level Emergency Ministerial meeting on Cross Border Collaboration for Preparedness and Response to Ebola Disease Outbreaks in Kampala, hosted by the World Health Organization.

Representatives from Burundi, the Democratic Republic of the Congo, Kenya, Liberia, Rwanda, Sierra Leone, South Sudan, Tanzania and Uganda were present. They endorsed key measures to prevent the cross-border spread of the Sudan Ebolavirus.