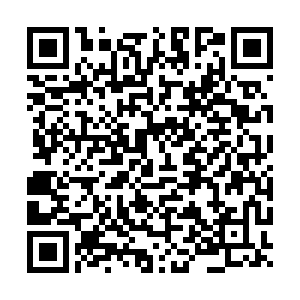 Namibia's Minister of Environment Forestry and Tourism Pohamba Shifeta has said on Friday that bush encroachment is threatening natural habitats for animals and plants of the savannah ecosystem in Namibia, while local bushes are spreading massively at the expense of grass vegetation.

Speaking at a handover ceremony of bush harvesting equipment, Shifeta expressed concern over the bush encroachment which is also affecting wildlife tourism in the country, as in areas affected by bush encroachment, wildlife animal populations are declining.

"Bush encroachment leads to land degradation mostly in semi-arid to arid regions. The tourism industry contributes about 15 percent to our gross domestic product (GDP) and this signifies its importance to the national economy," he said.

In Namibia today, about 45 million hectares of agricultural land is infested with encroached bushes which are destroying the arable land and reducing its productivity, Shifeta said, adding that this is a worrisome fact as nearly 70 percent of the Namibian population depends on agricultural activities and the livestock industry is the mainstay with high contribution to the GDP in the farming industry.

"Furthermore, the decline in agricultural productivity due to bush encroachment is estimated at around two-thirds in the last 40 years. Although Namibia's agricultural sector contributes only 3-5 percent of the country's GDP, it accounts for by far the largest share of jobs in the country, Shifeta said.

To address the problem, Namibia has a climate change adaptation project which stands to reduce the burden of bush encroachment as well as generate much-needed income.

According to information from the ministry, agricultural productivity in Namibia has declined by two-thirds throughout the past decades, mainly due to the negative impact of bush encroachment. The phenomenon affects both commercial and communal farming in Namibia.

Bush encroachment is a natural phenomenon characterized by the excessive expansion of bushes (trees and shrubs) , such as blackthorn, at the expense of other plant species, especially grasses and has severe negative consequences on key ecosystem services, especially agricultural productivity and groundwater recharge.