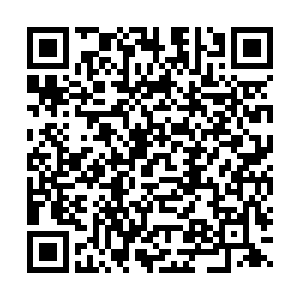 Iranian Foreign Minister Hossein Amir-Abdollahian on Saturday called on the United States to prove its "real will" in the negotiations aimed at the revival of 2015 Iranian nuclear deal, according to the Foreign Ministry's website.

The United States should prove that it would not "violate" its obligations by imposing sanctions, Amir-Abdollahian said at the first meeting of the national coordinators of the Group of Friends in Defense of the Charter of the United Nations, which kicked off in the Iranian capital Tehran on Saturday.

He pointed to Washington's unilateral withdrawal from the nuclear pact, formally known as the Joint Comprehensive Plan of Action (JCPOA), in 2018, saying that it showed Washington's "disregard for its international obligations and its clear violation of the resolution approved by the United Nations Security Council."

It is unfortunate that the incumbent U.S. administration, despite its promises and claims, still maintains the course of "hostile actions ... and continuation of the failed policy of maximum pressure" against Tehran, he said, adding that instead of making up for the mistakes of the previous government, the administration of U.S. President Joe Biden "adopts hypocritical positions."

The Iranian foreign minister stressed that his country adheres to the continuation of nuclear negotiations for the revival of the nuclear agreement, while emphasizing its inalienable right to use peaceful nuclear energy in all its dimensions, including uranium enrichment for peaceful purposes.

Meanwhile, "America must prove that it has good intentions and real will and does not intend to use the negotiations to waste time and find another excuse to continue violating its obligations and continue the sanctions that this country is unfortunately very addicted to," he noted.

Amir-Abdollahian said on Thursday that his country had "absolute readiness" to conclude nuclear talks "as soon as possible."

On Wednesday, the top Iranian diplomat said an Iranian delegation would travel to Vienna, Austria in the coming days for talks on enhancing cooperation with the International Atomic Energy Agency.

Iran signed the JCPOA with major countries in July 2015, agreeing to curb its nuclear program in return for removing sanctions on the country. However, former U.S. President Donald Trump pulled Washington out of the agreement and reimposed unilateral sanctions on Tehran, prompting the latter to drop some of its commitments under the pact.

The talks on the JCPOA's revival began in April 2021 in Vienna. No breakthrough was achieved after the latest round of talks held in early August this year.