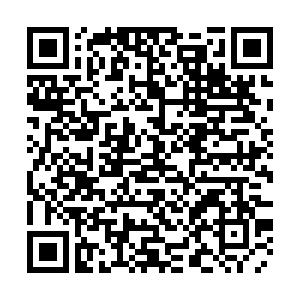 Uganda's tough stance on Ebola control measures, including a strict lockdown in the epicenter of the outbreak, is yielding results as fewer cases are being reported, Ugandan President Yoweri Museveni has said.

Museveni said in a statement, read by Vice President Jessica Alupo on Saturday, that a 42-day lockdown imposed in Mubende and Kassanda districts, the epicenter of the Sudan strain of Ebola, has limited the spread of the deadly disease to other parts of the country, especially in densely populated areas.

Museveni said he acknowledged the pain and the inconvenience caused by the restrictions but insisted that had they allowed the escalation of the outbreak into the Ugandan capital of Kampala, the consequences would have been bad, including possible exportation of the virus to neighboring countries.

Since the outbreak of the virus was reported on Sept. 20, it has moved to seven districts, according to the Ugandan Ministry of Health.

Museveni said the ministry responded with swiftness in districts where cases were reported. He cited the case of Jinja city, in the eastern part of the country, where 300 people who had contact with an Ebola patient were put under institutional quarantine.

As of Nov. 26, 141 people have been confirmed positive for Ebola virus disease, 79 have recovered, and 55 have succumbed to the disease, according to figures from the government.

In order to consolidate the gains made, Museveni extended the lockdown in Mubende and Kassanda for another 21 days up to Dec. 17. He said if the 21 days elapse with no new cases recorded in the two districts, then the lockdown would be lifted.

"I would like to assure the public that we have established a fully-fledged response to contain the disease spread. We are very optimistic that the outbreak will come to an end in the coming months," the president said.

Kassanda Resident District Commissioner Phoebe Namulindwa told Xinhua on Monday that the lockdown is part of a "sacrifice" to ensure that people in the country are safe from Ebola.

"My fellow youths, especially those in Kassanda and Mubende, are affected a lot because some deal in various business ventures. But my plea is that they have to be a bit patient as we fight the Ebola strain," Namulindwa said.

Daniel Kyabayinze, director of public health at the Ministry of Health, said the extension of lockdown was to ensure that there are no more cases and that spreading is reduced to zero cases.

"As Health workers, our role is to advise our political leaders on what steps to take, and they make the final decision. We felt it was important to extend the lockdown because so far, Ebola cases have gone down, and we still want to halt it completely," Kyabayinze told Xinhua.

Now, Uganda is still battling the challenges of a weak health system, myths, misinformation, and belief in witchcraft as it fights Ebola.

Museveni said a family exhumed an Ebola body because of religious cultural practices, leading to the flaring-up of cases. The Ministry of Health has said with increased public awareness, the spread will be stopped.

In order to limit the spread of the disease, the government closed the school calendar ahead of time. All schools closed on Nov. 25, following advice from health experts, according to the Ministry of Education.

Uganda is also set to start a clinical trial of vaccines for the Sudan strain of Ebola.

The Ministry of Health and the World Health Organization said the trial is one of the ways of finding measures to fight the disease. Henry Kyobe Bosa, Ebola incident commander at the Ministry of Health, said on Nov. 17 that the trial vaccines have been tested before and are safe for humans.