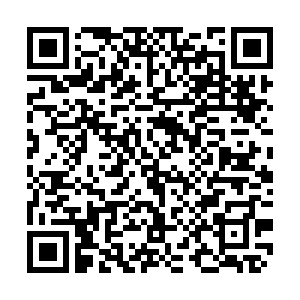 Rwanda has significantly reduced HIV-related stigma, discrimination and abuse of rights of people living with the virus. /Getty Images

Rwanda has significantly reduced HIV-related stigma, discrimination and abuse of rights of people living with the virus. /Getty Images

Rwanda has significantly reduced HIV-related stigma, discrimination and abuse of rights of people living with the virus, an official said Thursday during an event to mark this year's World AIDS Day in the country.

Observed every December 1, Rwanda marked World AIDS Day in the Huye district in the Southern Province under the national theme of "Youth, let's be at the forefront in HIV/AIDS Response" while the global theme of "Equalize" makes a call to all to tackle the inequalities that hold back efforts aimed at achieving the end of HIV/AIDS.

Discrimination, stigma, gender inequality and abuse of people living with HIV are all barriers to healthcare access, Patrick Ndimubanzi, an official who represented Rwandan Health Minister at the event said.

"Fortunately, in Rwanda, the HIV-related stigma, discrimination and abuse of people living with HIV has significantly decreased over the past 10 years with up to 80 percent reduction in stigma and discrimination and over 50 percent reduction with regards to abuse of rights of people living with HIV in the last two years," he said.

To achieve the global HIV target 95-95-95, the country still has a lot to do particularly in educating and raising awareness of people living with HIV about their rights and also closing the gaps related to the stigma that is still a challenge among adolescents, women, and key populations, Ndimubanzi added.

During the event, the official announced a three-month national campaign beginning in December aimed to step up awareness among the population especially young people about the virus with access to information, testing, and treatment.

In Rwanda, HIV prevalence in the population has stagnated at 3 percent over the past more than 15 years among people aged 15 years and above, according to data from the Ministry of Health.

At least 94 percent of HIV-positive individuals are on anti-retroviral drugs with HIV treatment services accessible at all health facilities in the country.

Ozonnia Ojielo, the UN Resident coordinator said while globally there is much progress on availability and accessibility to HIV treatment, evidence shows that HIV new infections are not declining fast enough.

"Youth are called to be at the forefront at the HIV/AIDS response to bring down new HIV infections. Together we can end this epidemic," he said.

Globally, every week there are about 4,900 new infections among girls, adolescent girls and young women, according to UNAIDS.

The data in Rwanda shows that adolescent girls and young women are twice as much affected by HIV compared to their peers -- adolescent boys and young men.

"We only have eight years left before the 2030 goal of ending AIDS as a global health threat. Economic, social, cultural, and legal inequalities must be addressed as a matter of urgency," said Hind Hassan, UNAIDS Country Director for Rwanda.