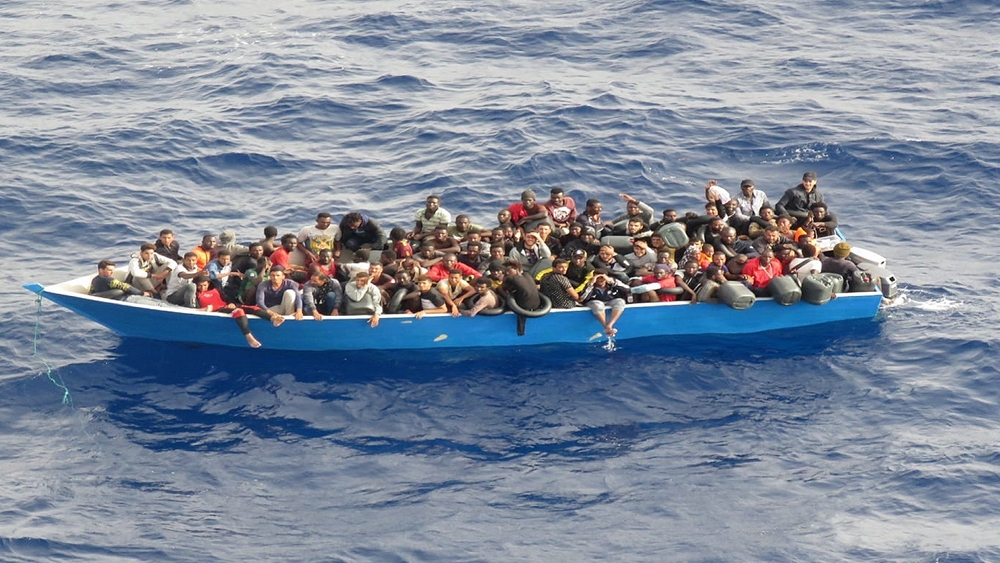 A vessel carrying at least 700 migrants was intercepted off the eastern coast of Libya, the coast guard said. It was one of the largest interceptions in recent months of migrants seeking a better life in Europe through the North African country.

The coast guard said the boat was stopped Friday off the Mediterranean town of Moura, 90 kilometers (56 miles) west of the eastern city of Benghazi.

It said in a statement that, the migrants hail from different nations and that those who illegally entered Libya would be handed over to their home countries.

The statement did not provide further details.

The coast guard posted images on Facebook showing a large, overcrowded vessel with most of those on board appearing to be young people.

It was one of the largest interceptions in recent months of migrants sailing to Europe, a destination for thousands fleeing conflict and poverty in the Middle East and Africa.

Libya has in recent years emerged as the dominant transit point for migrants seeking a better quality of life in Europe.

The International Organization for Migration has reported 1,522 dead or missing migrants in the Mediterranean this year. Overall, the IOM says 24,871 migrants have died or gone missing in the Mediterranean since 2014, with the real number believed to be even higher given the number of shipwrecks that never get reported.