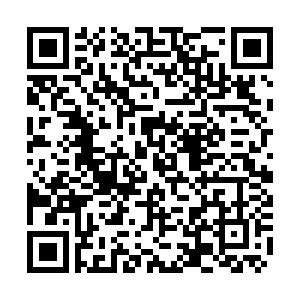 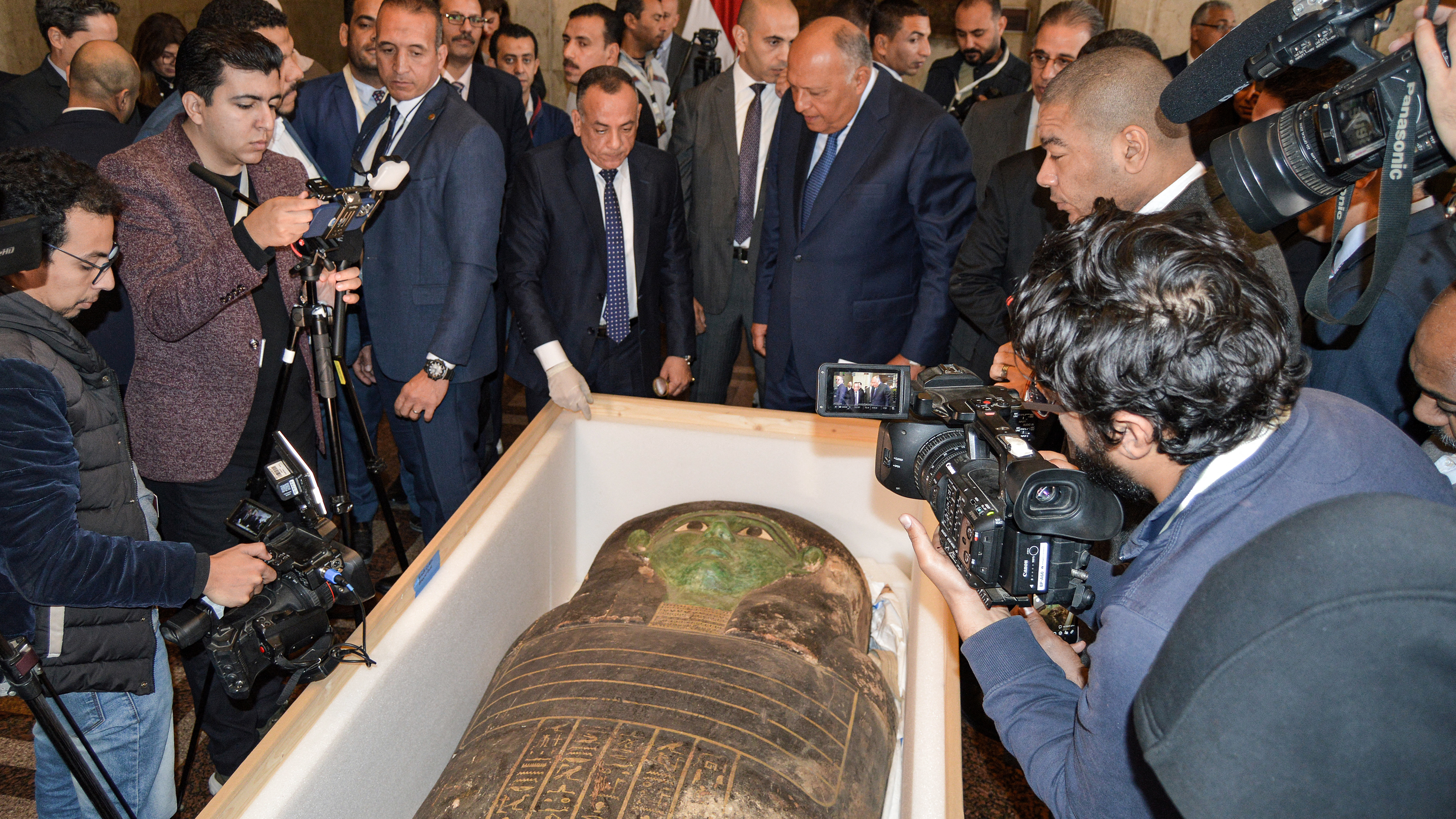 Egypt's Foreign Minister Sameh Shoukry and the head of the Supreme Council of Antiquities Mostafa Waziri inspect an ancient Egyptian wooden sarcophagus at the foreign ministry headquarters in the capital Cairo. /AFP

Egypt's Foreign Minister Sameh Shoukry and the head of the Supreme Council of Antiquities Mostafa Waziri inspect an ancient Egyptian wooden sarcophagus at the foreign ministry headquarters in the capital Cairo. /AFP

Egypt announced Monday the recovery of a sarcophagus lid dating back nearly 2,700 years that it said had been smuggled out and put on display at a museum in the United States.

Egyptian Foreign Minister Sameh Shoukry announced the recovery of the artifact, known as the "Green Sarcophagus", during a televised press conference Monday.

He said it had been surreptitiously removed from the country and its recovery is part of efforts to "protect Egypt's heritage".

The lid, measuring nearly three meters (3.3 yards) in length and 90 centimeters (35.5 inches) in width, was among 17 artifacts recently recovered from the U.S. Tourism and Antiquities Minister Ahmed Issa said at the news conference.

The sarcophagus lid was looted from the Abusir necropolis south of Cairo then transported to the U.S. in 2008, eventually making its way to the Houston Museum of Natural Science in 2013, according to state media.

Over the past decade, Egypt has recovered about 29,000 antiquities found to have been taken abroad through illegitimate means.

Mostafa Waziri, the secretary-general of Egypt's Supreme Council of Antiquities, said the sarcophagus likely belonged to a nobleman.

He said it dates back to the Late Period of Ancient Egypt, and it was named the Green Sarcophagus because of the colour of the face etched on it.

Only the lid had been stolen, he added, as the whole coffin weighs about half a tonne, making it one of the largest wooden sarcophagi from Ancient Egypt.

In addition to the latest recovered artifacts, Egypt has unveiled more than 300 sarcophagi and 150 bronze statuettes over the past two years, some of them dating back more than 3,000 years.