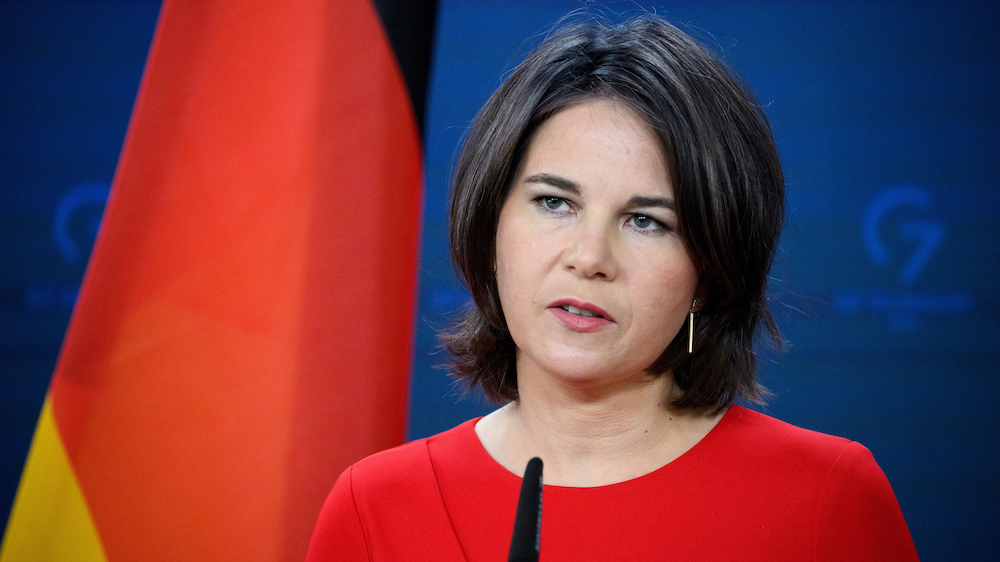 Germany's Foreign Minister Annalena Baerbock made a surprise visit to the eastern Ukrainian city of Kharkiv on Tuesday, promising more weapons as well as "concrete offers" to help the country's accession to the European Union.

After Germany last week promised to send Marder fighting vehicles to Ukraine as part of stepped up military support, Baerbock promised more weapons, without specifying which ones.

She also said it was important not to lose sight of Ukraine’s place in Europe and its desire to join the EU.

"That is why I would also like to talk about the progress made in the accession process," she said.

"We as the government want to make very concrete offers to Ukraine in order to make progress in strengthening the rule of law, independent institutions and the fight against corruption, as well as in aligning with EU standards."