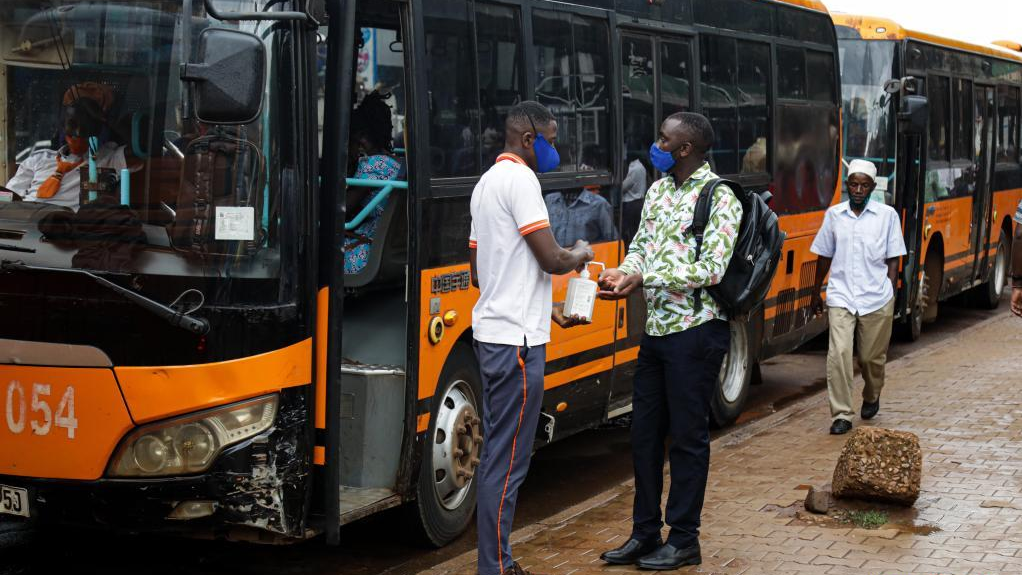 A bus operator sanitizes the hands of a passenger in Kampala, Uganda, August 2, 2021. /Xinhua

A bus operator sanitizes the hands of a passenger in Kampala, Uganda, August 2, 2021. /Xinhua

Ugandan police on Tuesday announced a string of measures to bus operators to reduce the number of road accidents in the country.

A bus driver is expected to display his photo in the bus and have a badge that has his photo, name, driving license number and classes, and the bus company he is operating, Traffic Police Spokesperson Faridah Nampiima said in a statement. "Each bus company must have an independent route chart. Bus owners are reminded to operate their buses within the prescribed time issued on the route charts. No bus will be allowed to operate on the road out of time."

Any bus found on the road operating without a badge and route chart will be impounded and the driver will be arrested, Nampiima said.

The new directives come after a spate of road accidents in the country. On January 6, 16 people were killed when a bus they were traveling in crashed into a stationary truck in the northern Ugandan district of Oyam, according to the police.

A police report issued on January 3 showed that the country registered 35 deaths out of the 149 victims that were involved in 104 road accidents from December 30 to January 1.

Uganda registers some 20,000 road accidents nationwide each year, causing more than 2,000 deaths, according to police data.